We salute you, Arge!

WE SALUTE SAM ARGENT AS THE HARTLEY LEGEND LEAVES THE ROW

It is with sadness and regret, but with a huge amount of praise for all he has done for the Club, that we say goodbye to striker and former club captain, Sam Argent.

Anyone who has followed the recent history of Hartley Wintney Football Club will know that 'Arge' has been one of the most influential players in the club's history. His goals, overall ability, determination, energy and impeccable character on the pitch, contributed so much to the Row as the club headed up the divisions. He was an integral part of the Hartley Wintney squad during its back-to-back championship wins in the Combined Counties League Premier division, and then the club’s early foray in the Southern League. And we shouldn't forget the many memorable cup games where Arge stole the show.

Sam first joined Hartley Wintney in the summer of 2013, after helping Whitchurch United to promotion the previous season. It was at Whitchurch that he made the transformation from fullback - the position he played with the Southampton FC Academy as a youngster, and later with Hayes & Yeading United in the Conference National - into a striker with a goal poacher’s killer instinct.

Director of Football, Anthony Millerick, was full of praise for the achievements of the former club captain.
"Sam was here at the Row before my arrival, but I knew all about his ability and just what he meant to the supporters here. A true professional in every sense, it was a pleasure to have Sam at the club during my time as manager; I always felt he played his best when in the Hartley orange. We part on very good terms and I'm sure we'll see Arge around the clubhouse from time to time. He has been such a big part of what this club has achieved over recent years. We thank him warmly and wish him all the very best." 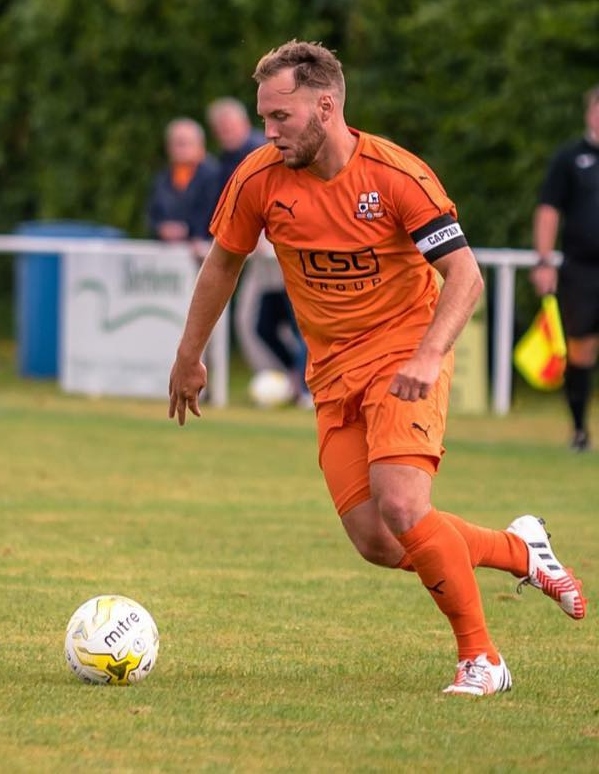